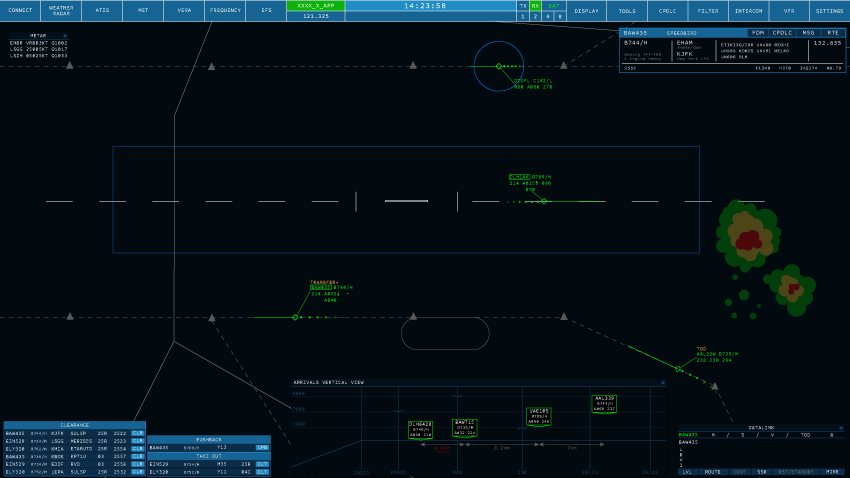 This radar scope is fully customizable and has a host of features which do two things: First, the realism is deeper than ever and second, understanding and perfecting how you use these tools will make you a masterful controller. 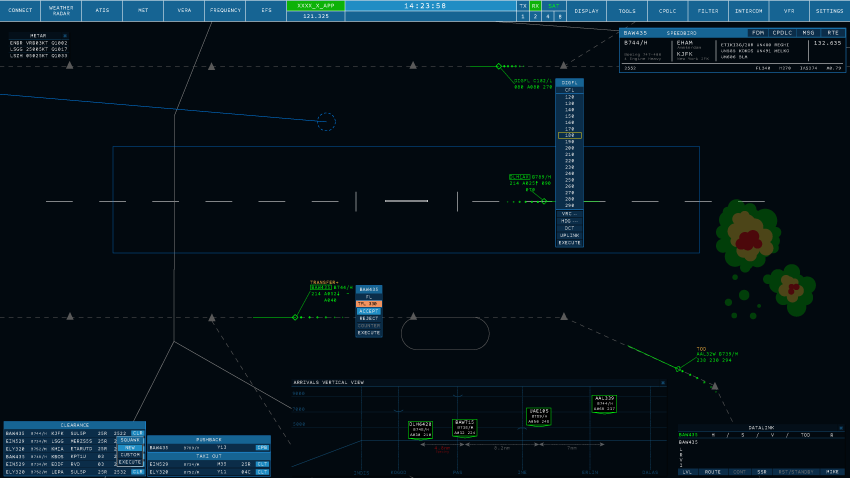 Before we dive into the ocean of features that come with the ATC client, we want to point out that this client is programmed from the ground up and is as realistic as possible.


The Flight Info Strip displays the most basic information about the origin, destination, callsign, route, squawk and can even contain additional Mode-S data of a selected aircraft.

Our Weather Radar visualises weather conditions on your radar screen, allowing for better flight direction. Want more proactive controlling? This feature is another way to get you what your controlling heart desires.

The Electronic Flight Strips help you stay on top of your airport operations and make sequencing and planning a charm. 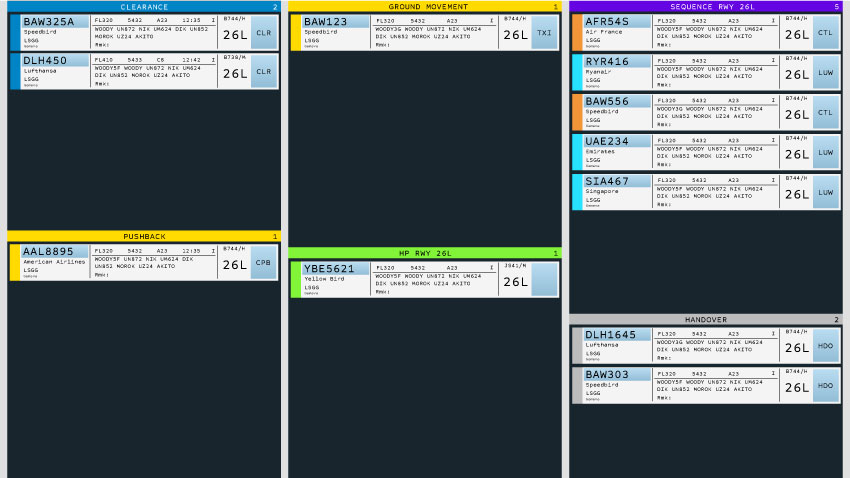 The Monitoring Aids System (MONA) analyses the flight path of all aircraft. In case of a deviation from the planned trajectory, MONA provides you with helpful notifications right on the aircraft’s tag and giving you more information to keep you in charge.

Our SYSCO - System Supported Co-Ordination helps with silent coordination between multiple air traffic controller stations. Requests for other controllers can be set right on the aircraft's tag.

Using the Controller Intercom, you can communicate with other controllers with just a click of a button! No need to open Teamspeak, find out what their cell phone number is or to write them a letter.

VERA - Verification and Resolution Advisory is used for long-term planning and predictions. You as a controller can utilise it to calculate separations within a specific timeframe and conveniently see how two aircraft are going to behave in their flight path.

STCA stands for Short Term Conflict Alert, which monitors for loss of separation between two aircraft with a look-ahead time of two minutes. Once the system calculates a loss of separation within this timeframe, it automatically triggers an alert. It also shows a projection of the incident that is bound to happen after two minutes, giving you the time to react before it happens. 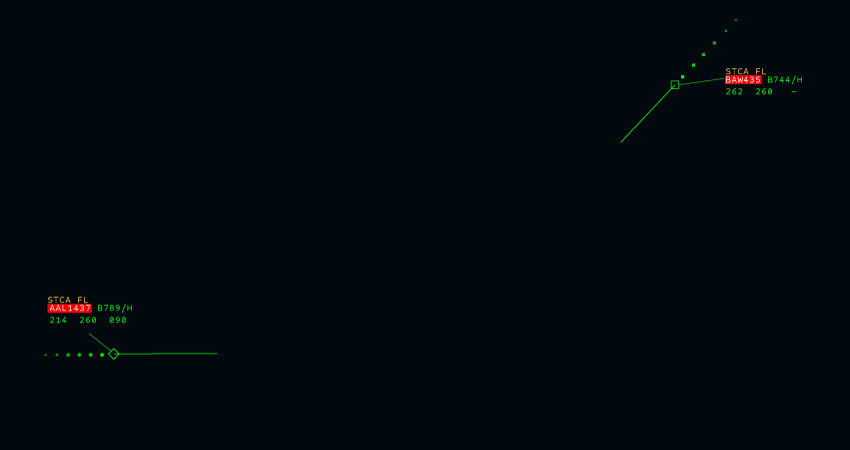 Area Proximity Warning works almost the same as STCA, but instead of looking for conflicts between aircraft, it monitors conflicts regarding airspaces. If a pilot is about to enter a restricted airspace within the next two minutes, it will trigger an alert. The System takes into account the current altitude of the aircraft, its flight rule and temporary airspace restrictions. 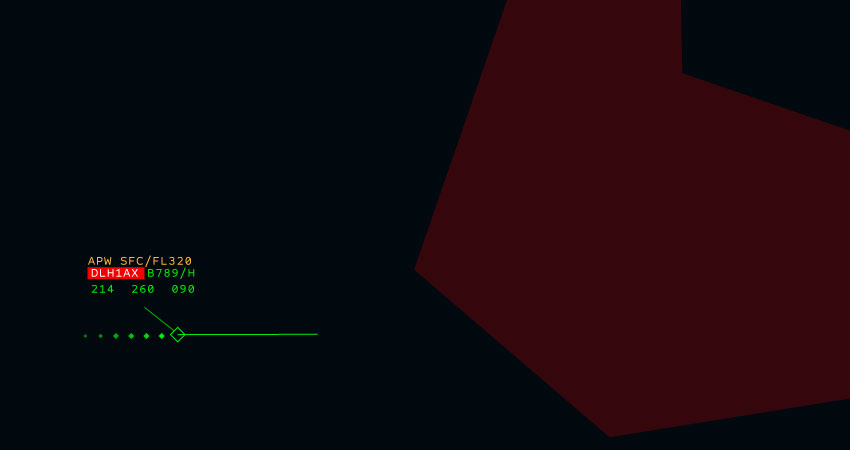 Runway Inclusion Monitoring and Collision-Avoidance System (RIMCAS) does what the name says. It keeps track of what clearances you give your aircraft. For example, if you clear a take-off from your airport’s runway, and you tell a different aircraft to cross that runway, RIMCAS gives you a warning. This feature also shows you where aircraft taxied from, and projects where they will taxi to.

The METAR data is based on real-life weather distributed to all controllers by our centralised weather system. The METAR also serves as a basis for setting up the ATIS of your airport and will influence the advanced calculations of the ATC client.

With these features our ATC client is as realistic as virtual aviation gets. We believe you are ready for the added excitement and challenge that come with this set of tools.